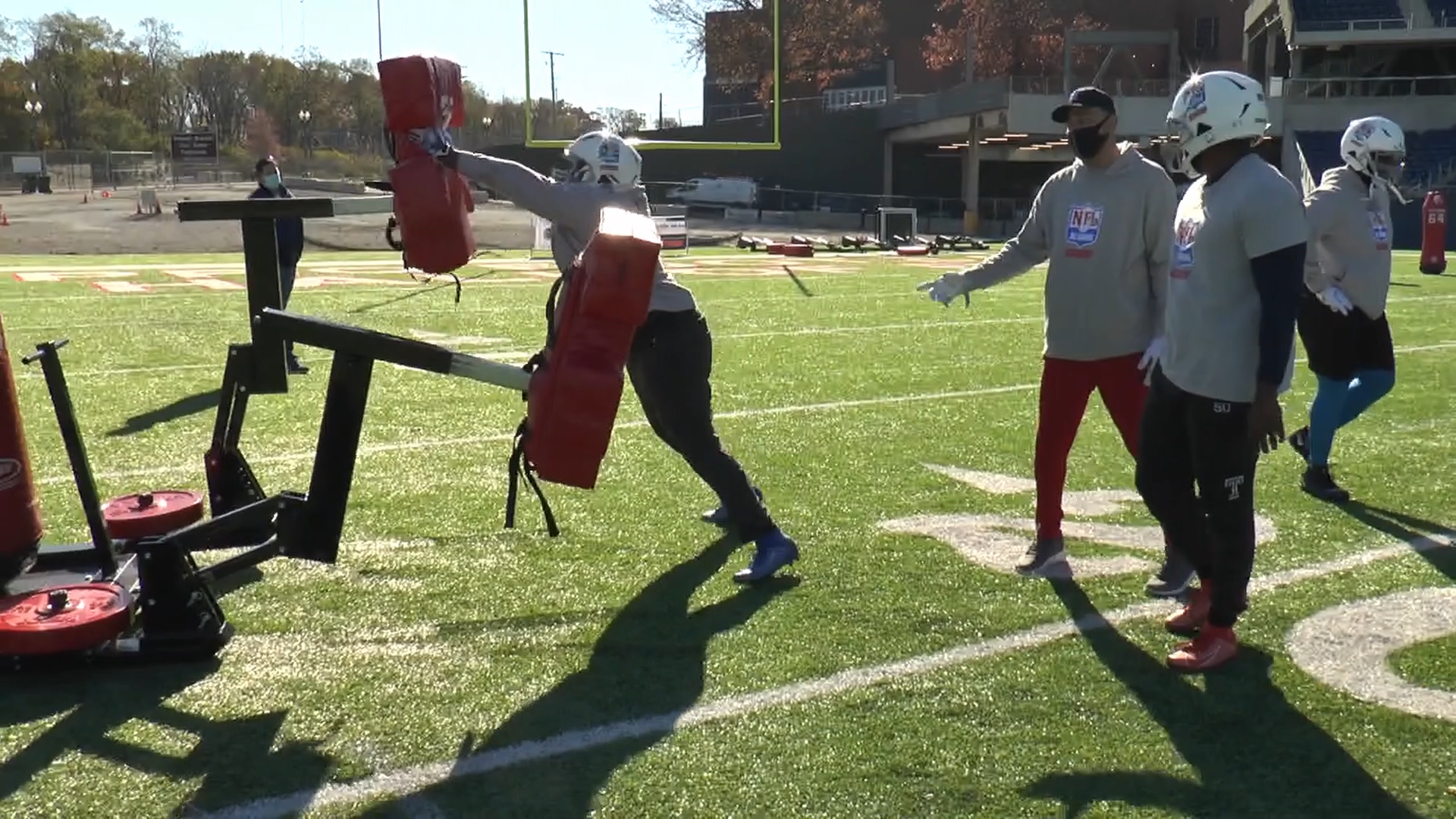 At WaV Sports & Entertainment, highlighting and promoting diversity is one of our core missions. February is Black History Month. We’re only partway through the month but we have already seen some incredible moments in sports to celebrate and honor black history and diversity.

One proud Olympic moment was Erin Jackson winning GOLD in speed skating, making her the first American black woman EVER to medal as an individual in ANY Winter Olympics event. What an impressive feat for the woman from Florida who only started ice skating four years ago.

On the football front, the Black College Hall-of-Fame is sponsoring the inaugural Legacy Bowl College All-star game showcasing the draft eligible players from Historically Black Colleges and Universities. This week-long celebration of black culture and history culminates with the Legacy Bowl game on the NFL Network on Saturday, February 19th. 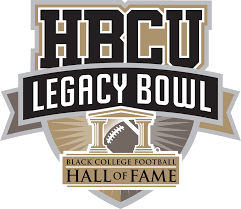 Another great moment from this month was the NHL’s first ever all-Black TV broadcast took place on Thursday, February 17th’s game between the Seattle Kraken and the Winnipeg Jets. Everett Fitzhugh and JT Brown calling the game for Seattle’s broadcast marks a momentous occasion in a sport that has seen unprecedented growth in young people of color across the country.

During the Super Bowl pregame show, Hall of Fame coach Tony Dungy took 10 minutes to address the state of the NFL’s racial inequalities. Dungy highlighted many points he has shared many times previously discussing the NFL’s Head Coach hiring practices and how the Rooney Rule, even with its expanded requirements, may be doing more harm than good.

After the lawsuit against the NFL was filed by recently fired Dolphins coach Brian Flores, the league has come under a lot of scrutiny for its lack of representation and diversity. And while Coach Dungy is right that there’s no easy answer and there is much more that needs to be done than simply improve and standardize the interview process. Coaches of color need programs to grow and elevate their craft along with opportunities to show their talent.

The NFL has a diversity problem when it comes to the leaders of its franchises. Troy Vincent, the NFL’s Executive VP of Football Operations, was right when he said there is a double standard in the league when it comes to hiring and firing black coaches. In a league where 58% of the players are black, it makes little sense that only two of 32 head coaches are black and only five general managers are black. With consistent emphasis, the imbalance in NFL leadership can be improved to provide better and legitimate opportunities for the NFL leadership to more equally represent the players of the game.

“As we prepare to launch our NFL Alumni Academy, we are proud [to] have incorporated the Football Diversity Development program focused on professional development for our NFL Alumni members to better pursue opportunities in elite sports including the National Football League. It is a powerful step forward for inclusion and diversity in our League.” stated NFL Alumni CEO Beasley Reece. 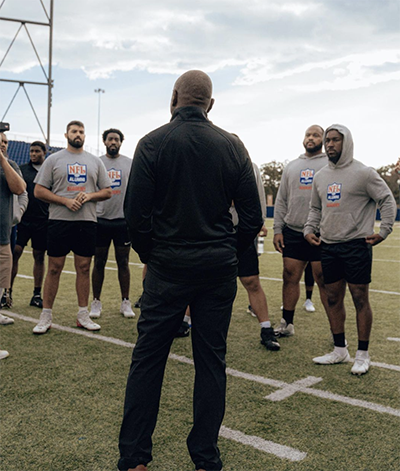 The Academy is known by NFL teams for its elite player training. But the NFL Alumni Academy is not just a place for players to improve. It’s also the premiere program to prepare and promote minority coaches and personnel scouts for professional opportunities.

The world has equally distributed talent, but it does not always spread opportunity in the same way. Following two successful seasons the Diversity Development Program continues to evolve as a positive work space for these coaches to learn from some of the best to ever do it plus have the opportunity to connect with executives from all 32 NFL teams.

Among those selected to participate in the 2021 Diversity Development Program was Lois Cook. Cook was one of eight women invited to the program from the Women’s Football Alliance, the longest running women’s tackle football league in the world, to participate in the Academy Diversity Development Program. Cook is a Wide Receiver for the WFA’s DC Divas and recently was signed to be the face of their partnership with the Got Milk campaign. 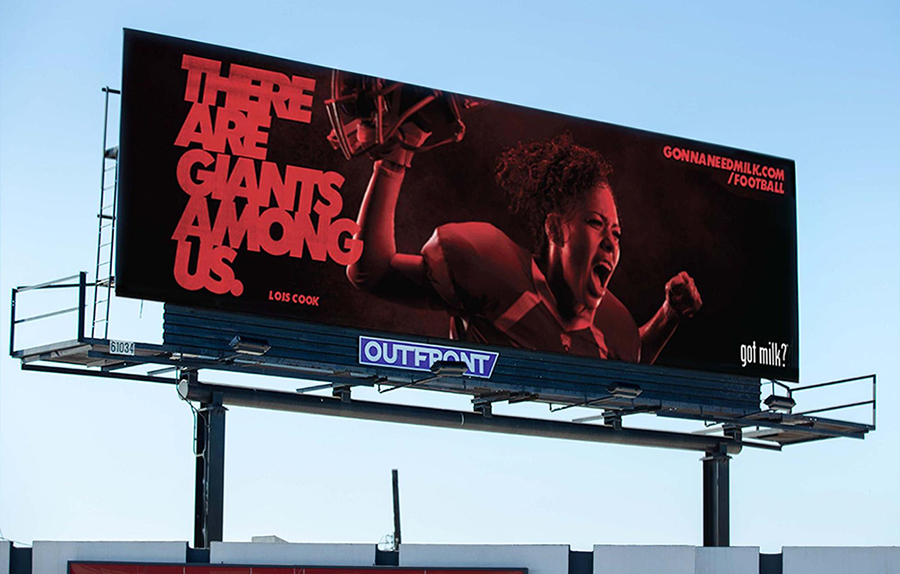 When asked about her experience at the Academy, Cook said, “My experience has been unforgettable and life changing. I felt like I was home and part of the Academy family. As a woman of color in the game, this experience was way more than I could have imagined! I am able to carry all of this back to the WFA to help elevate our game and to push myself even further with my own mission for women and kids in football.”

Together, through the Diversity Development Program, Cook and the WFA interns were given additional coaching to help further their mission of teaching women life lessons through sport, while improving their physical and mental health and providing powerful positive examples to the next generation of young women and girls.

The NFL Alumni Pro Day Experience, or PDX, has long been a champion for diversity and inclusion. Founded as a way to introduce high school students from under-served communities to opportunities in sports that focus on STEM. Expanding the horizon of opportunity, PDX students got to engage with and learn from highly successful people who shared similar backgrounds and had faces that looked like their own. WIth an emphasis on “Teamwork - Technology - Careers”  the PDX has been highlighting black-owned business leaders and entrepreneurs for years. The positive reaction from students along with specific PDX success stories are a rewarding result of our NFL Alumni “Caring for Kids” and giving back in their communities across the country as part of this PDX program.

Take, for example, Danyel Surrency Jones. Danyel, and her husband Darnell, co-founded PowerHandz, a one-of-a-kind tool to help athletes train and rehabilitate after injury. Back in 2018, Danyel brought PowerHandz to the PDX and showcased what the gloves could do to a bunch of excited high school students in Dallas, Texas. Now, PowerHandz has athletes like LaMelo Ball and Patrick Mahomes training and improving their athletic craft this unique technology, while Jones is hosting TEDx Talks and has her product featured on Amazon.

Another great example is Kevin Thompson, founder of Interactive Football. In 2018 and 2019, Thompson came to several different PDX events across the country to showcase his unique solution to improving touch football. Thompson’s unique equipment helps make football safer, more fun, and provides a fun educational experience for kids while playing. who use it since he often is on-site answering questions from inquiring minds. With this safe alternative to tackle football for youth players, Thompson has provided a way to teach fundamental football skills without compromising the integrity of the game and having fun.

WaV Sports is both proud and honored to have implemented these programs to greatly improve the equal opportunities for everyone.  WaV Sports and Entertainment remains committed to growing and celebrating diversity, not just in Black History Month but every day. We are proud to support and promote diversity and inclusion as a key part of our culture and the environment for all of our programming. WaV recognizes not just the value, but the necessity of diversity going forward in today’s world. The future looks bright together!